Joseph's brothers did not sell him into slavery. Judah suggested it, but no one agreed. The bros, violent knuckleheads that they were, threw Joseph down a dry well, then ate lunch. Can you blame them? Between his pompous dreams and Jacob's favoritism, we'd have hated Joseph too! This parsha also tells another story. In it Judah thinks he's sleeping with a prostitute, but is really boinking (and impregnating) his daughter-in-law, Tamar. Our hero, Rabbi Moshe Reiss, explains.

Our telling begins with Joseph tossed down a hole because of his dreams and interpretations. It ends with him thrown into a prison cell with guys who needed their dreams interpreted. 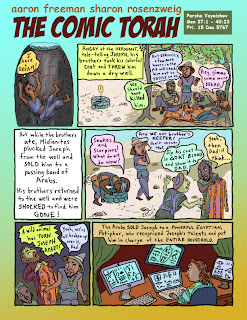 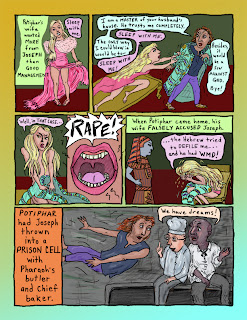